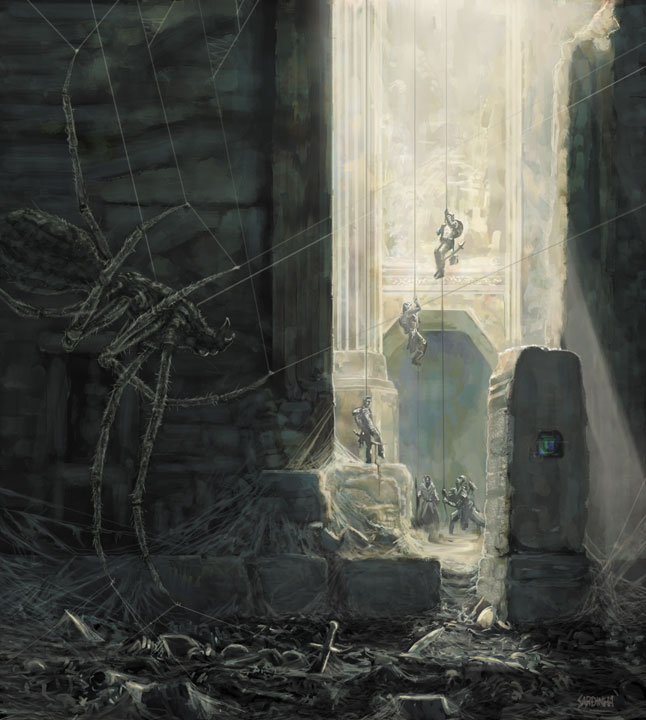 “There have been many names for our world: Kala, Eorthe, Midgard, Erce the Mother. The Khemitians call it Geb; the ancient Hyperboreans,—who were giants among men, conquerors and builders—called it Boros after their homeland under the Pole Star. The Daanites, the last remnant of that ancient and noble race by their own reckoning, call it Lloegyr, which in their tongue means the Lost Lands and, I suppose, in a way that’s really what it is…lands that once felt the tread of civilization’s true grandeur and now exist as but a shadow of that former glory. But for most it has no real name at all; it is just the earth we live on, and toil upon, and call home, and to whose embrace we one day return."

— from Illuminatus Geographica by Master Scrivener Drembrar of Bard’s Gate

The maps and art are copyright Frog God Games

Hi Max. We play on Paizo.com via PbP.

Hello, I would like to play
Do you play in person or online only?
how do i join if there is space?
-Max

I'm sorry, but we no longer support this web browser. Please upgrade your browser or install Chrome or Firefox to enjoy the full functionality of this site.